Akateko is a multi effect VST with the main purpose of routing the incoming audio trough the signal processors altering the sound extensively. Filtering, waveshaping, extensive modulation capabilities and many effects. Offering total control of your sound. 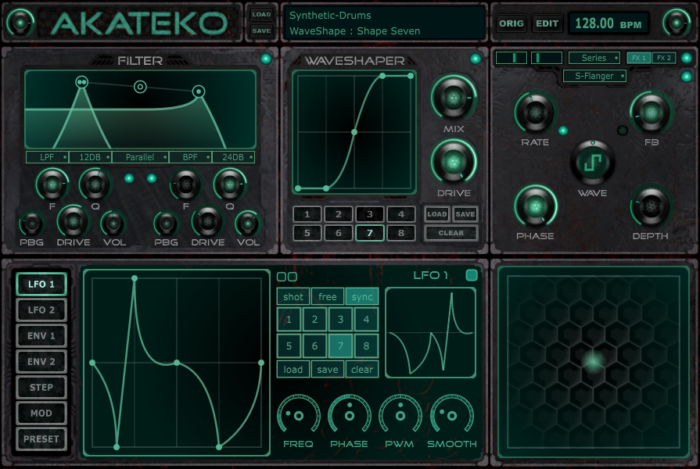 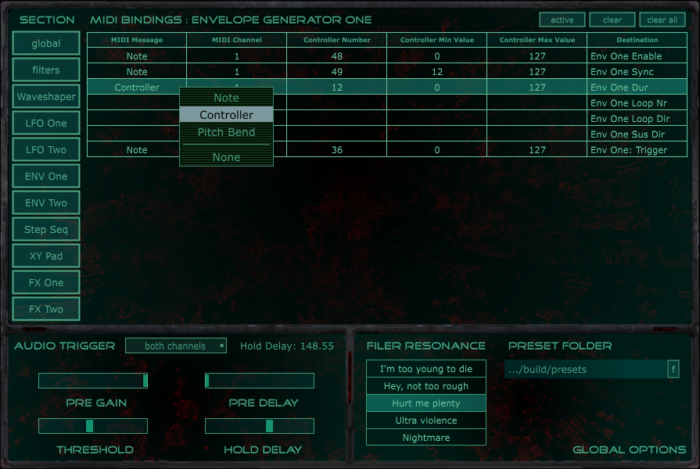 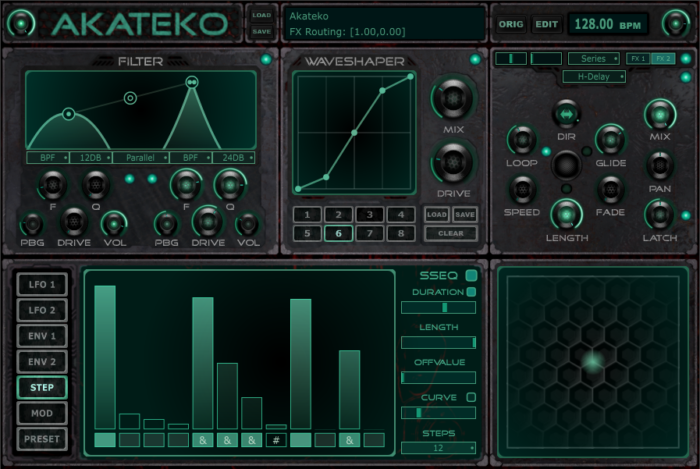 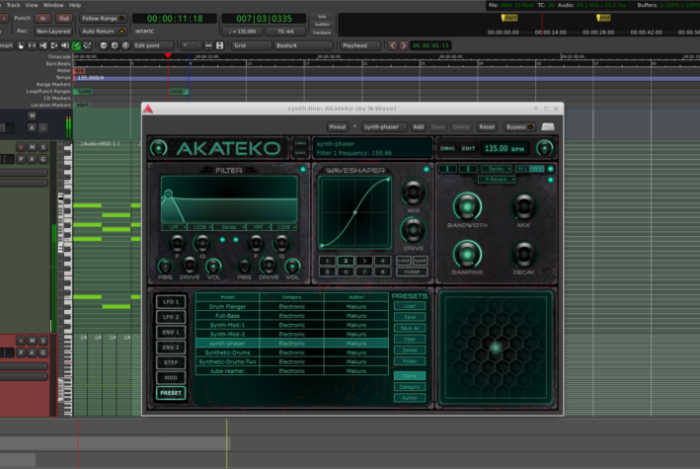 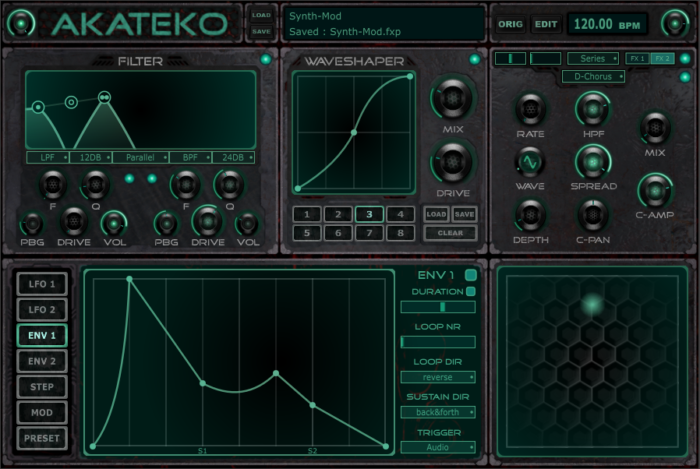 Two virtual analog Moog Ladder filters capable of self-oscillation. The filters can be configured to run in series or parallel. Three filter curves with a 12dB or 24dB roll-off and a separate overdrive control.

The non linear waveshaper adds additional harmonics to the signal, by mapping the incoming audio samples to the desired wave shape.

Up to eight shapes per preset and editable via the user interface. An individual shape can also be saved to the disk.

Low frequency oscillators with drawable waveform. The frequency can be synced to the incoming tempo. Configurable as one-shot LFO that can be triggered by audio or MIDI.

Three options for traversing the curve in the specified loop and sustain ranges. The generator will loop the curve in a forward, reverse or back and forth direction.

Versatile Step Sequencer configurable in 8, 12, 16, 24 or 32 steps. Steps can be disabled or linked together. Linked steps will generate a curve based on the first and last value of the steps.

Modulation matrix for connecting different parts of the audio engine.

XY Pad for controlling parameters in a two dimensional way. MIDI can be assigned to the axes and independently to the trigger.

Extensive MIDI capabilities where as the user interface parameters on the front panel can be bounded to a variety of MIDI messages. The messages can be bounded by initiating the MIDI learn functionality and turning the preferred knob of your controller. The “learned” MIDI bindings are added to the MIDI matrix and made available for further editing at the back panel.